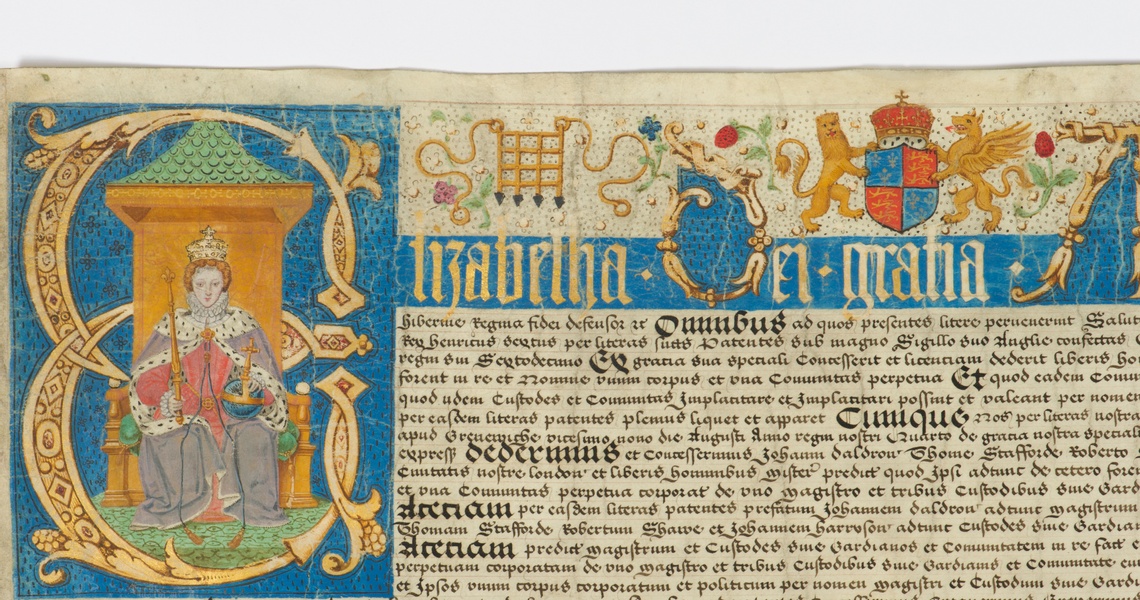 The Brewers’ Company has one of the oldest continuous records of any livery company. The historic archive is held at Guildhall Library, whilst more recent records are kept at Brewers’ Hall. There is also a Company Library for use by Members.

The Brewers’ Company is very fortunate in having a substantial archive dating back to its foundation in the Middle Ages. It survived destruction in the Great Fire of London, when the Hall burned down, and again in the Second World War when the Hall was destroyed by incendiary bombs in December 1940.

Records were compiled from 1418, including title deeds for property, mainly in London, dating all the way back to 1292. The records have been catalogued by Guildhall Library staff using the system created by the Library for livery company archives. Most of the Company’s original records are deposited on indefinite loan at Guildhall Library and managed by the London Metropolitan Archives (LMA).

Highlights from the collection include:

Details of how to access the collection at Guildhall Library are available here. Some later records are retained at the Hall. Enquiries concerning the Company’s archives or history should be addressed by e-mail to the Archivist.

If your ancestor was described as a Citizen and Brewer, he or she should appear in our membership records which are held at Guildhall Library as above.

However, records of nearly 6,000 apprentices, from 1531 to 1800, have been abstracted and indexed by Cliff Webb and published by the Society of Genealogists. These abstracts are also available to search on the Find My Past website. Full details of what is included can be read in this article.

For further help on searching for members or those apprenticed to members of City of London livery companies, LMA has published a research guide.

Note that the Brewers’ Company has records of its members only, and not of pub owners or brewery workers.

The Company has a small Library of printed books which may be consulted by members of the Livery. The subjects covered reflect the aim and objectives of the Company and therefore the books are divided into five main areas of brewing, charitable activities, livery companies including the Company itself, the City of London and general reference works.

Alongside the modern books there are several older and rare books in the collection, including brewing manuals, a volume on how to grow the best cider apple trees, Pasteur’s Studies on Beer (Etudes sur la bière, 1876) and a large, original edition of the King James Bible.

The books are intended for use by members of the Company and staff. Members of the public can access the titles in other libraries, including Guildhall Library, The National Brewing Library at Oxford Brookes University, and, of course, The British Library.

Our online news archives contain many interesting articles about items from the Brewers‘ Company‘s collection, including:

A letter from Samuel Sapp to his father at the end of his confinement in debtors prison in 1685 – his comments aptly compared to the general feeling towards the end of national Coronavirus Lockdown in the UK.

School’s out for Summer!

A letter from a former pupil of Aldenham School to the Master and Wardens of the Brewers‘ Company in 1765, thanking them for his education at the School.

Hops and how to grow them: An Elizabethan view

The oldest printed book in the Company’s library, A Perfitte Platform of a Hoppe Garden, and Necessarie Instructions for the Making and Mayntenaunce Therof from 1576.